What Are The Auto Body Repair Options For A Vehicle?

Auto body repair is a process that includes an array of techniques for fixing vehicles. They range from the simple to the fairly aggressive, and it's a good idea for customers to understand what each solution is. Here are four of the most common ways that auto body repair services providers might handle your vehicle's issues.

One of the simplest repairs is putting materials into a dent, letting it set up, and then sanding it smooth. A technician will then have to prime and paint over the filler. Generally, this solution is reserved for damage that can't be fixed by other means. It also is sometimes used in conjunction with mesh to fill in sections that are rusted out.

Popping or Pounding a Dent Out

The idea here is simply to fix a dent by putting the body back the way it was. This works best for smaller damaged areas. In some cases, a suction cup tool can be used to pop the dent out with minimal trouble. Other times, a small hole has to be tapped to pull it out, and a few cases may require hammering the body from the inside.

Another common way to fix the damage is to remove the affected section and get a replacement part. Many businesses use OEM parts, but it's also not uncommon to use parts from salvage yards. With cars that are older, manufacturers may no longer produce or license replacement components.

This approach is often used when several areas are damaged. For example, a car might have damage on the corner panel alongside damage to a blinker light and headlight. Generally, a technician has to remove damaged plastic and metal, clean up the area, and then insert all of the new components.

Scratches happen, but a tech can often handle them with chemicals. Rubbing compound is the typical solution. This causes the paint around the affected spot to smooth out and fills the scratch. Sometimes the location has to be treated with a new layer of clear coat to prevent weathering. You might be surprised, too, to see just how big and deep of scratches can be treated this way.

A Quick Note on Frame Damage

When an auto body repair technician sees extensive damage, especially from a wreck, they will check the vehicle's frame. If the frame has suffered serious damage, it has to be fixed before other work can proceed because frame problems are major safety issues. 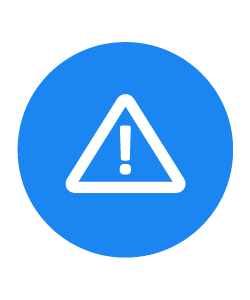 What To Do When The Check Engine Light Comes On In Your Car
12 January 2023
Most cars have a light on the instrument cluster called the check engine light. The light comes on at different times when triggered by the vehicle's …

Times You May Need Electric Car Light Repair
16 December 2022
Electric car light repair is a necessary service to keep your electric car running smoothly and safely. Whether you are dealing with a malfunctioning …

Reasons You May Have To Replace Your Car's Windshield
16 November 2022
There can be a host of reasons why a car owner will have to invest money into replacing their windshield. In particular, there are a few issues that c …